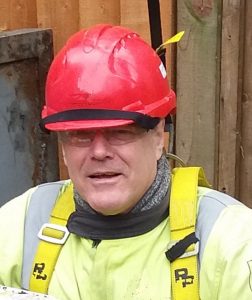 I hold British Sub Aqua Club (BSAC) First Class Diver and Advanced Instructor qualifications and used to work on the BSAC Instructor Development Courses (IDC) and Skill Development Courses (SDC). I have also worked with several of the Technical Diving Agencies over the years for whom I used to be an Instructor Trainer running my own Diver Training centre. This part I have now passed over to a former student and friend Andy Tyas who now continues the Technical Diving aspect.

As for First Aid, I first started as a junior member of the British Red Cross Society in 1977 and between 1979 – 2002 in the Royal Signals I have had a continuous education in First Aid and officially gained a recognised First Aid Teaching award in 2015.

Since 1 April 2008 I have been teaching confined spaces full time and part of my job involved sitting on the MOD working Groups for both Confined Spaces and Work at Height. Having been made redundant in October 2011 I started my own company and I have worked for several other training companies ever since. This brings me up to current date where I now run my own City & Guilds Training centre 008214 and Qualsafe Centre 0904652. 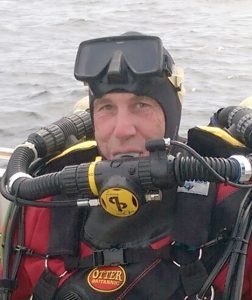 With 23 years experience, Andy became a Recreational Diving Instructor in 1998, graduating to open circuit Technical Diving in 2002 and has dived all over the world. Mainly diving in the UK with wreck diving being his passion. Andy has been diving Rebreathers since 2004, becoming an instructor in 2006 and often frequents NDAC Chepstow as that meets the requirements for any course down to 75 meter, which are the most popular with Technical Diving.

For all you Technical diving requirments contact Andy directly on 07767 388 221 or email at andytyas@hotmail.co.uk

Angela Payne has been driving for over 30 years and teaching driving skills since 2007.

First qualified as a First Aider in 1987 and held it ever since. Angela joined St John Ambulance in 2004, improving my first aid qualifications to become an patient transport attendant, transferring to assist the driver training team with a road safety project for St John Members to qualify to advanced driving standards until 2015.